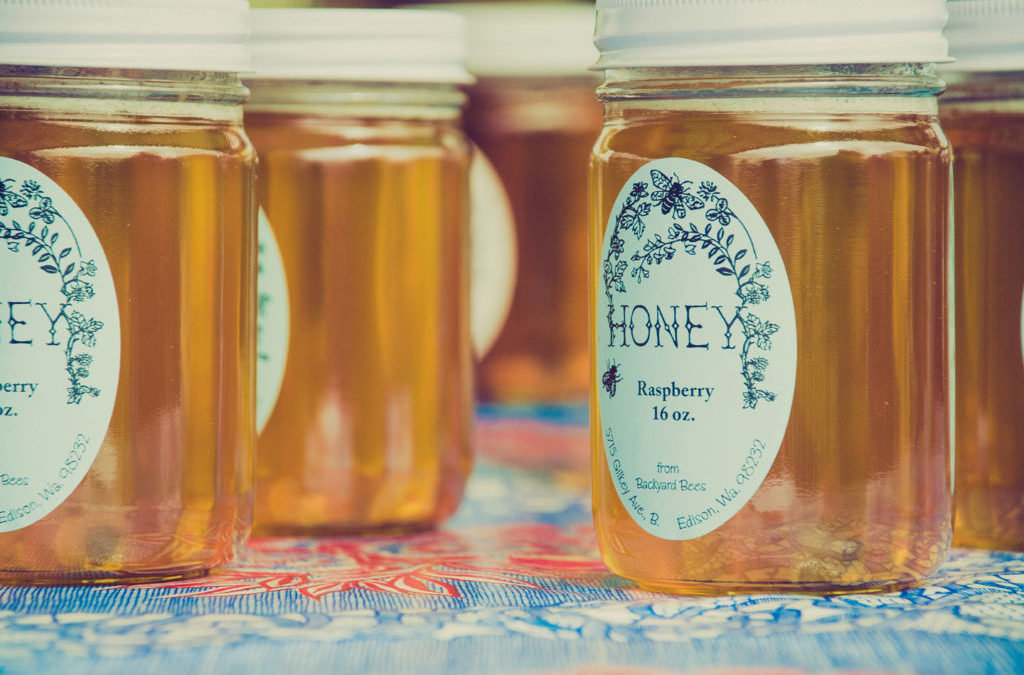 Can We Have Our Cake And Eat It? A Guide To Sweetener Alternatives

Sugar has been in the news for a long time. It is undoubtedly an enemy in the war against obesity. So what can we use instead of sugar in our baking, if we want to satisfy our tastebuds? There seems to be so many sweetener alternatives on the market.

“You’re right, I’m sick of reading about the sugar thing in the press. Explain to me… very quickly and succinctly so I don’t nod off… what happens to sugar when we eat it and why is it bad?
OK a bit of background. When we eat sugar, it lands in our stomach, enzymes break it down into glucose and fructose. Glucose is your body’s preferred energy source and your body converts sugar into glucose easily. All carbohydrates can be converted into glucose. Simple carbs (such as table sugar) are converted to glucose very quickly. The carbs or sugar from a nice low GI bowl of porridge will be absorbed slower and therefore the insulin produced will be more of a drip drip thing. Much better.

“What’s so wrong with insulin?”
Dr John Briffa (eminent author and GP) calls it “The Fat Controller”. If you have a high sugar diet (and we’re talking fruit too) then the pancreas chucks out loads of insulin to help sweep away that sugar, some is converted into glucose to go to the cells for use as energy straight away, the rest is packed of to the fat cells to be stored as triglycerides… which is a poncy name for FAT.

Insulin resistance or pre-diabetes can occur if the body becomes too used to producing lots of insulin. Then you’re on the way to full blown diabetes and medication.

“So what about the fructose?”
So, as we said above the enzymes break down sugar into glucose and fructose. Fructose is delivered straight to the liver in the bloodstream. The liver metabolises fructose and turns it into something the body can use. If we eat too much fructose, then this can overwhelm the liver and globules of fat grow in the liver (lipogenesis). You’re thinking fruit aren’t you? A couple of pieces of fruit a day is fine, but if you have a diet stacked full of processed foods, you will undoubtedly be consuming hidden fructose. High levels of fructose in the body will switch off the hormone Leptin which tells us we’re full. Hold that thought and never let it go.

“So why are you telling us all this? I thought this was article was about finding an alternative sweetening agent, other than sugar?”
And it is. But what you must realise is, that there are sweetener alternatives that may have been marketed as healthy and in fact they give the body the same message as if they were sugar. Fructose is the substance to be wary of, less than glucose.

“So is this article aimed at people who eat too much sugar all the time or to those controlled people who have a good piece of cake once a week ?”
Much of the population eats too much sugar and that is where the obesity crisis comes from, and not from eating too much fat. Every effort should be made to cut down on sugary foods. Eat pure, unprocessed food for a good part of the week and then enjoy the odd treat.

However, this is about listing the sweetener alternatives available and finding out whether they are better for us or not. For example I recently wanted to make some breakfast bars which would be more portable than porridge, have more protein than muesli, be pleasant tasting and may, just may, appeal to your children without a ton of table sugar in it. Hence my research.

Some of the Sweetener Alternatives:

Stevia: A naturally sourced sugar substitute extracted from leaves of a specific plant
It has no calories, no carbs and does not raise blood sugar levels. Too good to be true? Possibly. It is very highly processed. The extraction process involves steeping the dried leaves of the plant, like you would tea, and then separating or purifying the best tasting sweet compounds. The end product is about 300 times as sweet as sugar. Dr Robert Lustig, the anti-sugar advocate and author of “Fat Chance: The Bitter Truth about Sugar” says there is not enough research on the damage it may do to our bodies. We don’t know how the body responds to being primed for an influx of sugar…”. He’s got a point. It may be that the brain is fooled into sending messages to the pancreas to release insulin.

Agave Nectar
Nectar. Sounds so, well, natural. Cute, even. It’s 1.5 times sweeter than table sugar and comes from several species of the agave plant and consists of mostly 30% glucose and 70% fructose. Eeeek! It is much lower GI than table sugar and very highly processed. Here’s where we need to remember that it is fructose that switches off the hormone Leptin (which stops us feeling full and we carry on eating. Too much is stored as fat).

Honey
A natural, unprocessed product, made by fluffy little buzzy things who nestle in our flowers. It’s made of 80% natural sugars (40% of which is fructose), 18% water and 2% minerals, vitamins and pollen and protein. It has antibacterial qualities but it still has a high GI. Don’t even think about having it everyday on your Greek yogurt. Get your tongue used to not having something sweet. 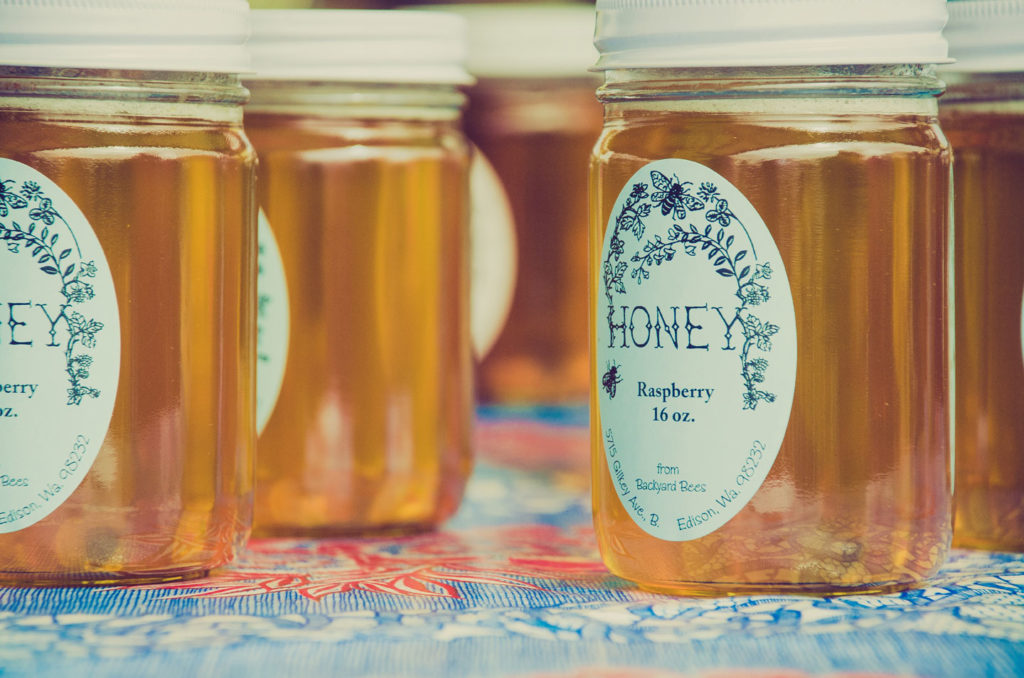 Xylitol
It is a substance naturally produced by most living things including trees, fruits and plants. It has 40% fewer calories than sugar, 75% less carbs and a low GI value. It is also thought to inhibit the bacteria in the mouth that causes tooth decay. Dan Shrimpton, from gum and sweet manufacturers ‘Peppersmith’ says xylitol awareness in the UK is poor compared to Scandinavia, where “everyone knows it and anyone can tell you how good it is”.

His company uses it in mints, gum and children’s sweets, which are have been certified by the British Dental Health Foundation.

“No-one else is doing it yet in the UK, one of our big missions is to educate people,” he explains. “It has a taste profile very similar to sugar, some sugar alternatives are quite hard to make… In some parts of the world it’s made from corn cobs but we prefer to get ours from trees, so it is naturally derived – beech trees are high in it.”

It sounds good. Apparently doesn’t mess about with insulin levels and contains minimal fructose. However, if you are considering using it, get to work on your research. Mentions of a) stomach cramps if eaten in large quantities and b) it’s manufacturing process involves hydrogenation. Remember how hydrogenated fats became so vilified…? Hydrogenation is the forced chemical addition of hydrogen making them hydrogenated and thereby giving them a molecular structure which is not compatible with the body. The body cannot metabolise it and it ends up getting ‘stuck’ in the blood circulation.

Erythritol
It’s natural, doesn’t cause side effects, tastes like sugar and without the calories. It belongs to a class of compounds to sugar alcohols. The way the molecules are structured gives them the ability to stimulate the sweet taste buds in our tongues and due to its unique chemical structure, our bodies cannot break it down so goes pretty much unchanged through our system and is excreted through our urine, without causing any of the harmful insulin effects of excess sugar.
There were again murmurings, as with Xylitol, about digestive issues.

Fruit
Fresh fruit contains fructose along with fibre, vitamins and minerals and water. Mashed banana or pureed apple could be used to sweeten cakes, although quite a lot would be needed, hence giving your body a good dollop of fructose. Dried fruit can also be used, although both raisins and dates are high GI. Prunes (either chopped or pureed with a little water) are better but you may find them not sweet enough. (And that’s no bad thing.)

Rice Malt Syrup
Rice malt syrup is made through culturing rice with enzymes to breakdown the starches and then cooking until it becomes syrup. The final product contains soluble complex carbohydrates, maltose and a small amount of glucose. It enters the bloodstream slowly, and takes about 1.5 hours to digest (that’s slow). It also contains no fructose, it’s the go-to sweetener for people with fructose sensitivities. Tastes apparently like watered down golden syrup.

Maple Syrup
This is made from the sugary circulating fluid of maple trees. A hole is drilled in the maple tree. Then the fluid leaks out and is collected in a container. It is then boiled until most of the water evaporates, leaving a thick sugary syrup, which is then filtered to remove impurities. It is very sweet and very high GI and will be converted to glucose very quickly. A little very occasionally but not often is advisable.

Artificial sweeteners such as Saccharin and Aspartame (brand names such as Splenda)
There is nothing natural about these products. There is plenty of information about them on the web… and plenty of warnings. There is much publicity about their ability to increase the obesity crisis (despite their being ‘no’ or ‘low’ calorie products). They may mess with your brain, your hormones and your tastebuds. Stay away.

By way of a summary about sweetener alternatives, I would say this:

I’ll just repeat the big warning… watch out for fructose. Referring back to Dr Robert Lustig, he said (and I’m not going to argue anytime soon with a paediatric endocrinologist):
”We need glucose, for sure. But not fructose. There is not one biochemical reaction in your body, not one, that requires dietary fructose, not one that requires sugar. Dietary sugar is completely irrelevant to life.” 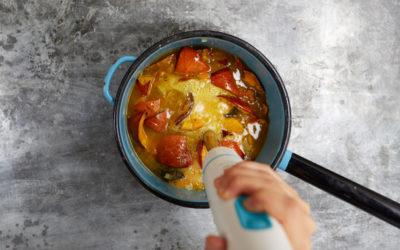 This Roasted Pumpkin Soup is a hearty, warming and healthy meal option for those chilly winter nights ahead. Ladle into bowls, sprinkle on some roasted pumpkin seeds and serve with my lovely courgette bread.

END_OF_DOCUMENT_TOKEN_TO_BE_REPLACED 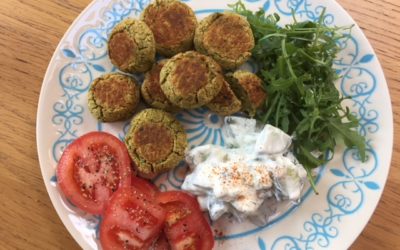 Easy Peasy Falafel Salad with a Cucumber and Dill Dip

END_OF_DOCUMENT_TOKEN_TO_BE_REPLACED

Join our mailing list for news on training, Pilates courses, special discounts, offers and free online workouts as well as news about the 21 day online fitness and fat-loss programme, the BLAST Plan.

You Have Successfully Subscribed!

We will not share your email address with anyone.